The "Main Room" features one of the city's largest dance floors, leading edge sound and light, five bars (including a 50 foot marble bar), 20x30 foot stage, a giant projection screen, and one of the largest mirror balls in Canada!

"Le Loft" at The Phoenix Concert Theatre Nightclub overlooks the main room, features an overhanging balcony which stretches the entire width of the club, lounge seating for over 100, and its own separate bar, custom artwork, and two television screens.

The "Parlour" is reachable from the main room and the front entrance, features a separate sound system, a separate dancefloor and lighting system, a decorative bar, lounge seeting and four pool tables.

The Phoenix Concert Theatre Nightclub is the host of many performing artists and bands. For a complete listing of concerts and event details check out their website. Tickets for these events are available through Ticketmaster. 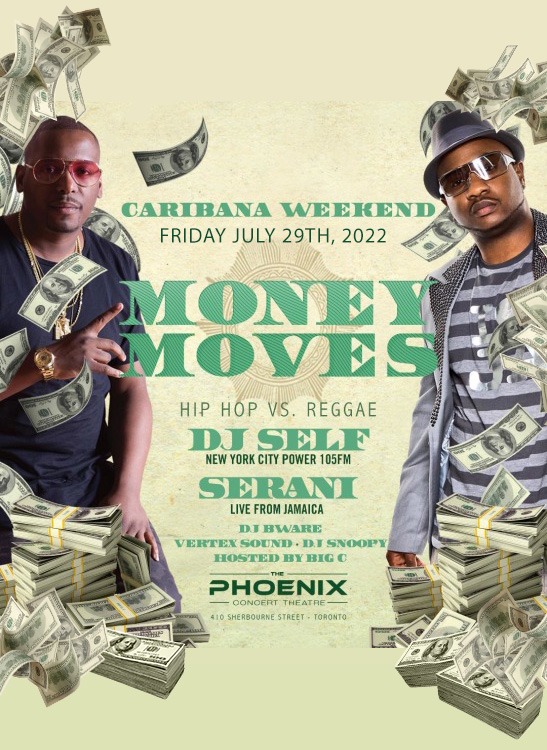 submitted by richard muszynski for Phoenix Concert Theatre Nightclub on May 6, 2016

Here used to be a great and friendly club at the pheonix but thanks to the new door security staff we will not be going back to the pheoxix.The man in question is head of staff mr.Thavendra balenda.We have just downed a vodka before exiting a cab ride and though we had not been drinking at all prior to that asapproached the front door with our vip tickets to the collective soul concert may 5th 2016 head security staff thavendra balendra asked us right up front have you been drinking i said what??Where is the hello friendly greeting we used to get ??This goon like attitude i thought was a thing of the past at toronto clubs but no its still present at the pheonix club.So then he said to us we are denied entry.Why i asked because we did not smell right?We showed no sign of drunkeness at all but still could not get into the venue because of a smell?Our losses were cab rides there and back.$70 and.Vip tickets from ticketmaster at $150. Who would ever take a chance going to the pheonix club and losing your money and missing the show simply because the head of security didnt like your smell. We are now boy cotting this club and i hope you will too.If we were not allowed entry then the club should refund our tickets right!!!?? No we simply lost everything due to one person. An arrogant power tripping guy by the name of thavendra balendra

submitted by Robyn for Phoenix Concert Theatre Nightclub on February 29, 2016

Looking for new reviews about the phoenix concert club in toronto. Good and bad

submitted by Shauna for Phoenix Concert Theatre Nightclub on January 17, 2016

New ownership seems to have turned this beauty of a club gangster.
Moral is low with the staff and the in house security seems to enjoy groping and turning awy customers. After 30 yrs of enjoying this venue from back in the days when it was the diamond i will not be back!! Well done "in house security" lol

submitted by MusicLover for Phoenix Concert Theatre Nightclub on March 18, 2011

I'm not the biggest rock music fan so the odd Saturday party may not really be my thing but they do bring in some bands that's not so rock-ish - i really liked sara bareilles when she came last year and K'Naan like 2 years ago....I'm really on the lookout for a good concert at the Phoenix this year! Any suggestions? :)